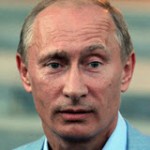 Charles Exeter, a Representative for GR88 commented on the launching of these new promotions and website saying, “The world is constantly becoming a more confusing place amongst countries and politicians. Sometimes we get a case such as Vladimir Putin where the internet creates him as a joke that should be made fun of. In these promotions you will find that they are designed to lack humanity, be blatant displays of how crazy Mr. Putin’s leadership truly is and display dumb actions from powerful individuals.”

The series starts off with Vladimir Putin trying to attempt to boost the Soviet Empire which results in the launch of PutinBet.com, following what actually happened in real time events. The first bonus you will come across is the Pussy Riot Casino Bonus, the second bonus is called It’s A Crimea No Matter What You Call It Bonus and the third bonus is called I Want To Be Stalin.

GR88.com also announced that each deposit made through this bonus will have 25% of each deposit sent over to the EuroMaidan Charity in Kyiv. GR88 wants every online punter to join PutinBet.com and register an account with their new gambling service, regardless if you’ve played with them or not. Help the casino support the Ukraine and the EuroMaidan Charity, wage war against Putin himself.